Home » About Us » Board Bios 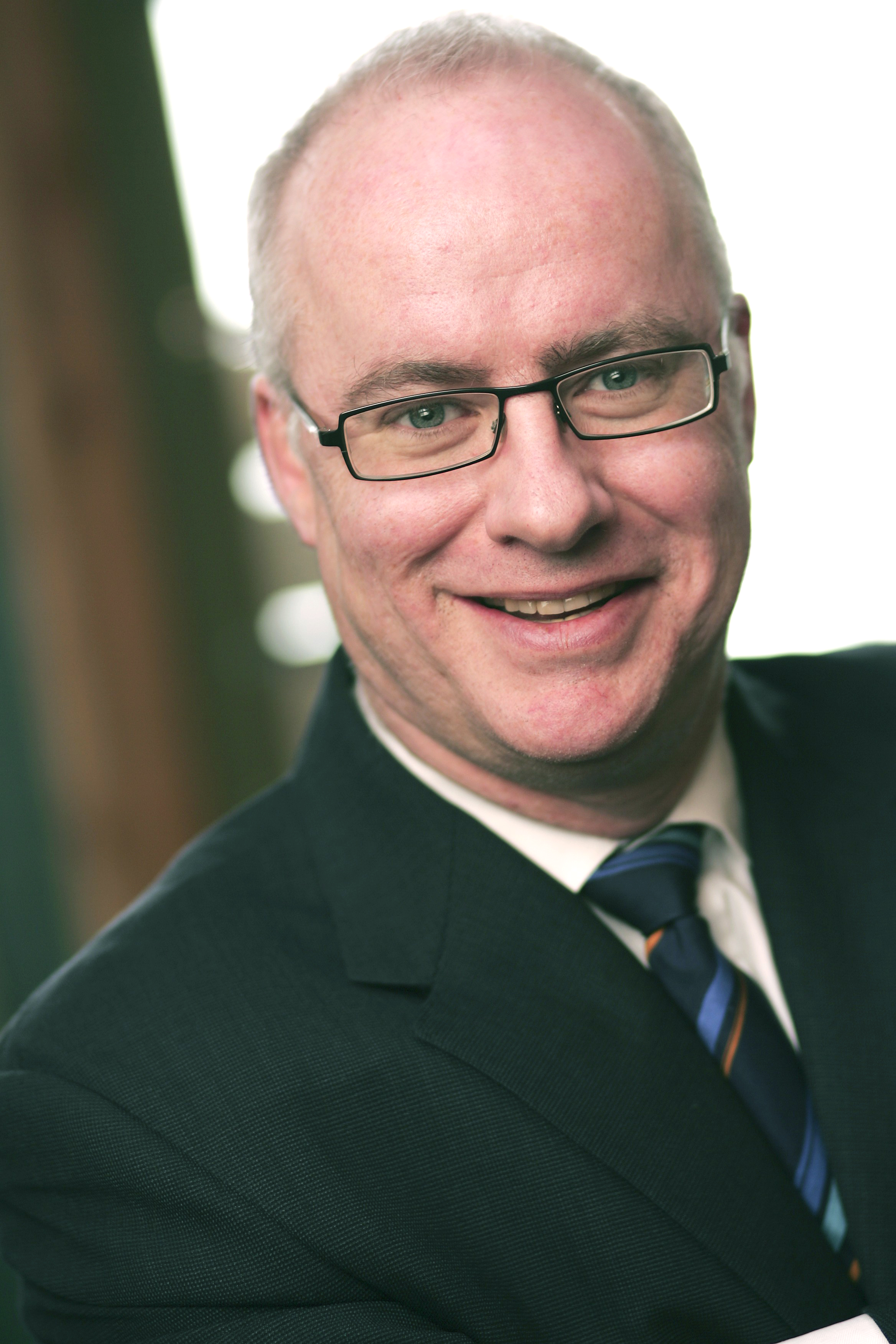 Barry Macdonald is a recently retired Tax Services Partner in the Vancouver office of PricewaterhouseCoopers LLP, where he led their Transfer Pricing group. Mr. Macdonald—a CA since 1985—was an incorporated partner with more than 22 years experience advising on corporate transfer pricing and related international tax services.

From 1990 to 1997, he worked within the firm’s Hong Kong office and became the only North American partner in 1993. Mr. Macdonald’s team was experienced in cross-border tax planning, the preparation of contemporaneous documentation transfer pricing reports, and the representation of public and private companies in audit defence negotiations with tax authorities. Barry Macdonald is a frequent speaker at international conferences and chairs a number of professional and cultural organizations. 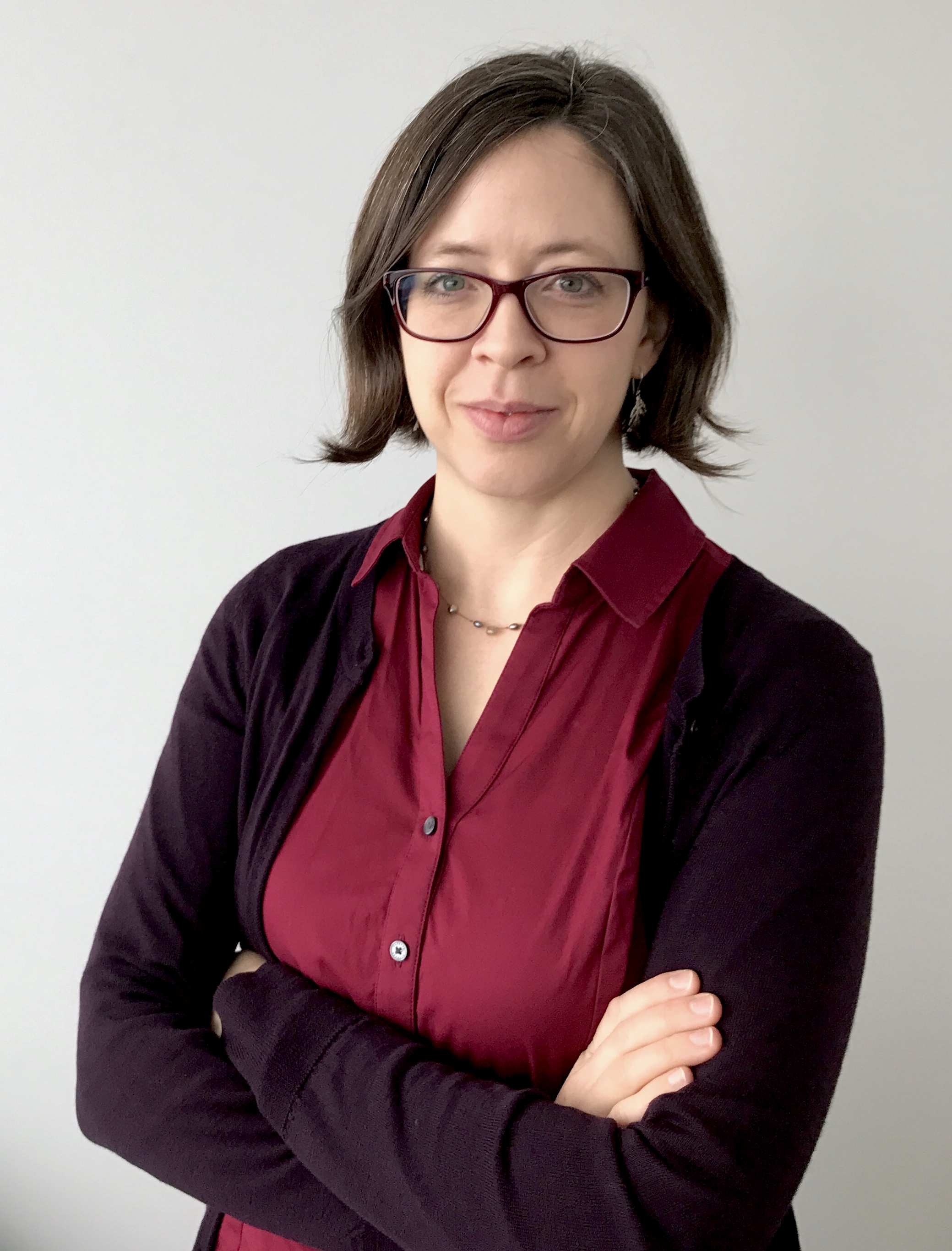 H.K. Andersen is an Associate Professor and the Graduate Chair in the Department of Philosophy at Simon Fraser University. Her academic work is in philosophy of science, especially the study of causation. Her Ph.D. is from the History and Philosophy of Science Department at the University of Pittsburgh. She also has a Master’s degree from the London School of Economics, and a Bachelor’s in Physics from Montana State University.

She serves on the University Senate at SFU, and has served in various organizational and governance positions in professional organizations such as the Philosophy of Science Association and the American Philosophical Association. 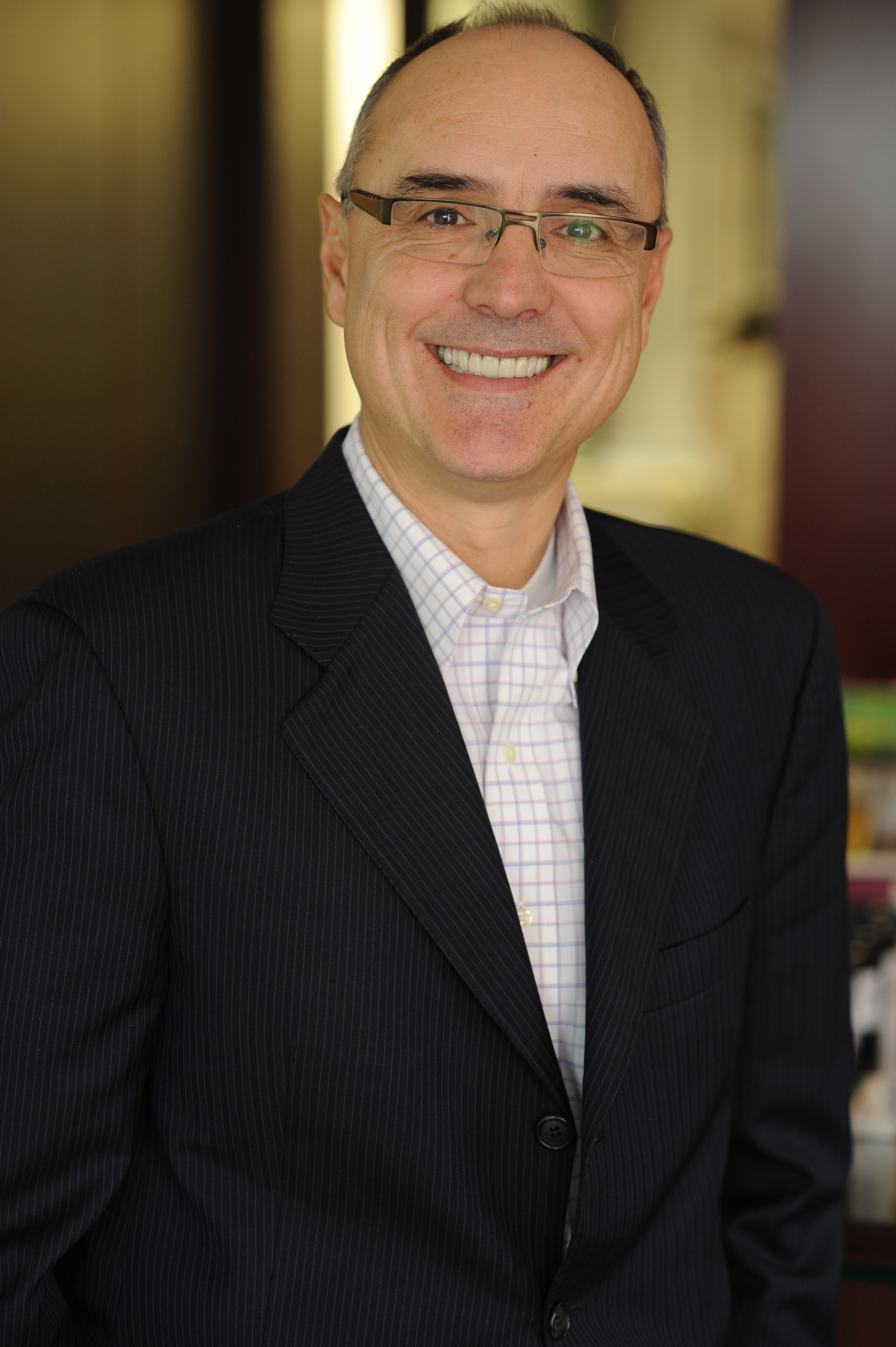 Mike Cordoba is a partner of Empresario Capital, a Company formed to invest in mid-market businesses which can benefit from a capital infusion along with a systematic approach to growth and stability. Empresario currently has investment holdings in the food service, retail automotive, and energy solutions industries. Prior investments have included investments in the health care and food service industries.

Mike Cordoba has over 22 years business experience primarily focused in the restaurant and retail industries. He was formerly with Boston Pizza International in roles in Finance, as President, and as Chief Executive Officer. Mike is also involved with Mr. Lube Canada as one of the owners and is also currently the Chairman of the Board. He has also worked for a national super optical company and with a public accounting firm.

Mike has a Chartered Accountant degree, is a graduate of Business of Simon Fraser University and is one of Canada’s Top 40 under 40. 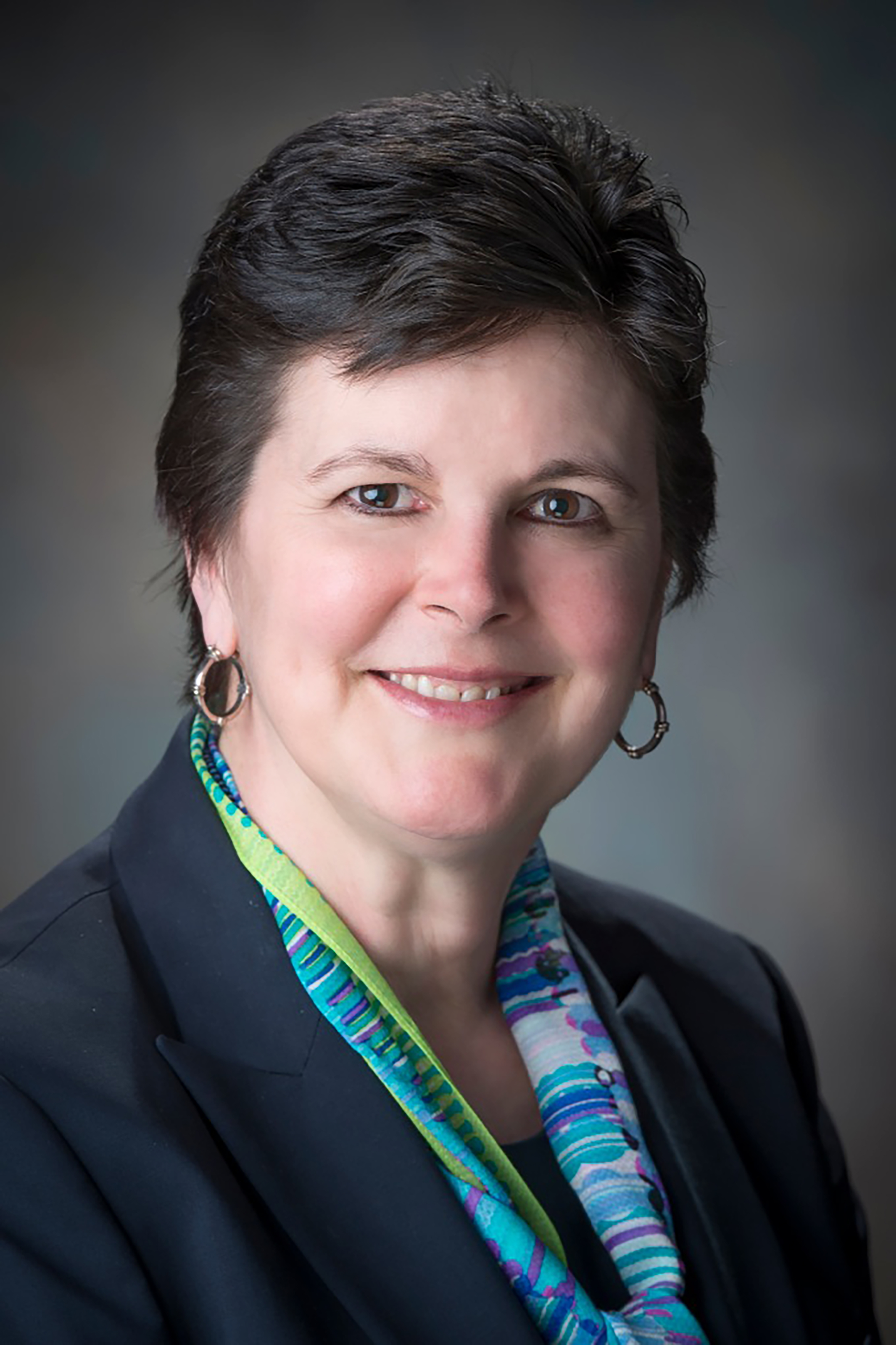 Dr. Joanne Curry is the VP, External Relations with SFU and has been with SFU for over 20 years.  Her achievements include leading the establishment and development of the SFU Surrey Campus at Surrey City Centre for a 12 year period, the creation of SFU’s first community engagement strategy, and the building of strong relationships with local governments and business and community organizations.  She currently sits on several Boards including the Burnaby Board of Trade, Innovation Boulevard, and the Downtown Surrey Business Improvement Association.

Dr. Curry was previously the executive director of the national TeleLearning Network of Centres of Excellence and also held several management positions in the private sector. Dr. Curry holds a Bachelor of Commerce with distinction from University of Manitoba, an MBA from SFU, and a doctorate in business administration at the University of Bath, where she received the Richard and Shirley Mawditt Prize for top prize for her thesis on building strong university-local government collaborations. 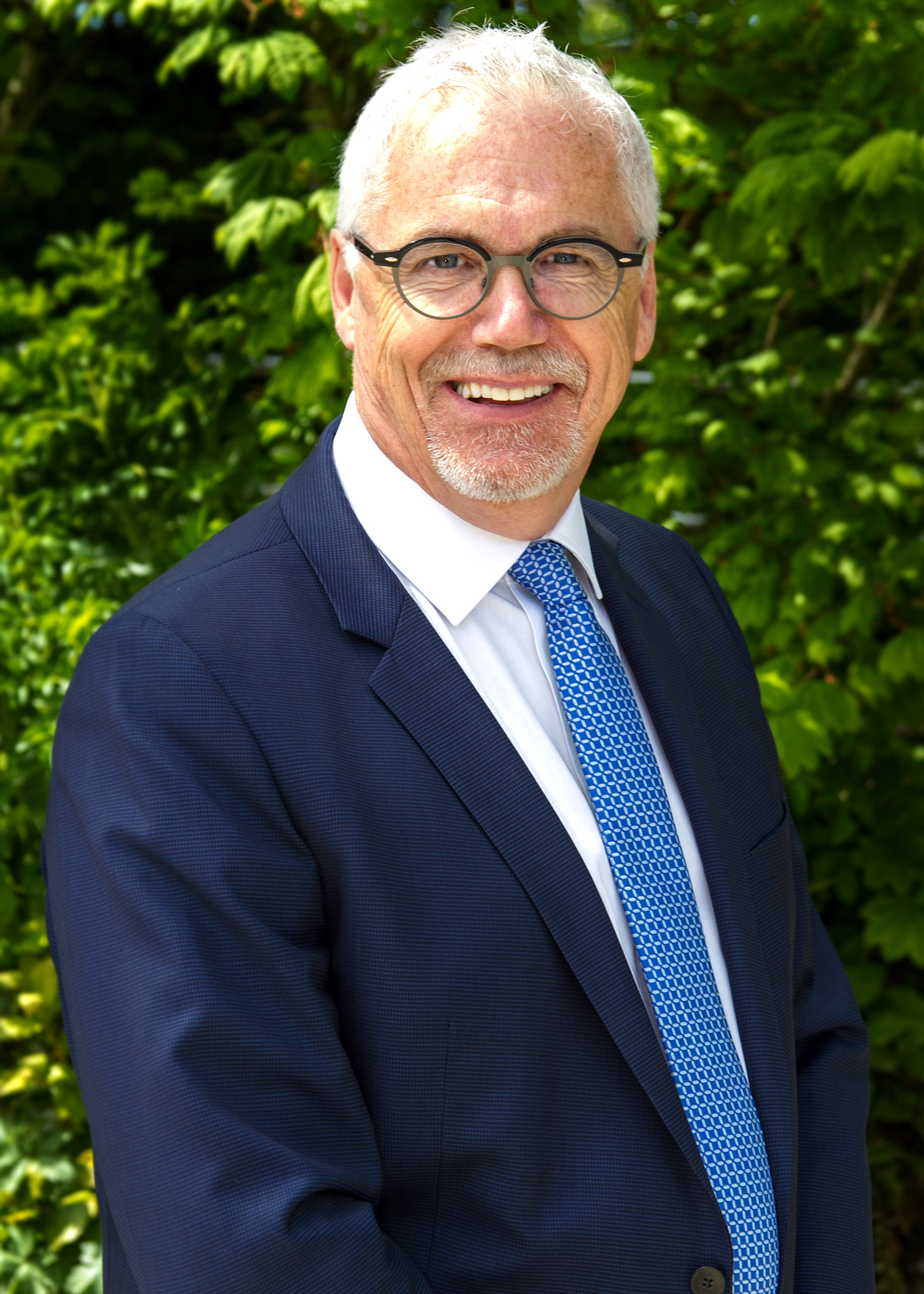 An urban planner, development strategist, real estate market analyst and author, Gordon Harris is also a popular lecturer and a leading commentator on sustainable community planning, social closure planning and on the challenges of planning for an aging population.

As President and CEO of SFU Community Trust President, Harris is responsible for UniverCity, a multi-award-winning sustainable community being developed to complement and generate endowment wealth for Simon Fraser University in Metro Vancouver, BC.

Harris is a Fellow of the Canadian Institute of Planners and the Royal Canadian Geographical Society, and a member of the National Capital Commission Advisory Committee on Planning, Design and Realty, the Urban Development Institute, the Urban Land Institute, and the Canadian Urban Institute. In 2012, he was awarded the Queen Elizabeth II Diamond Jubilee Medal for his lifetime contributions to community building in Canada. 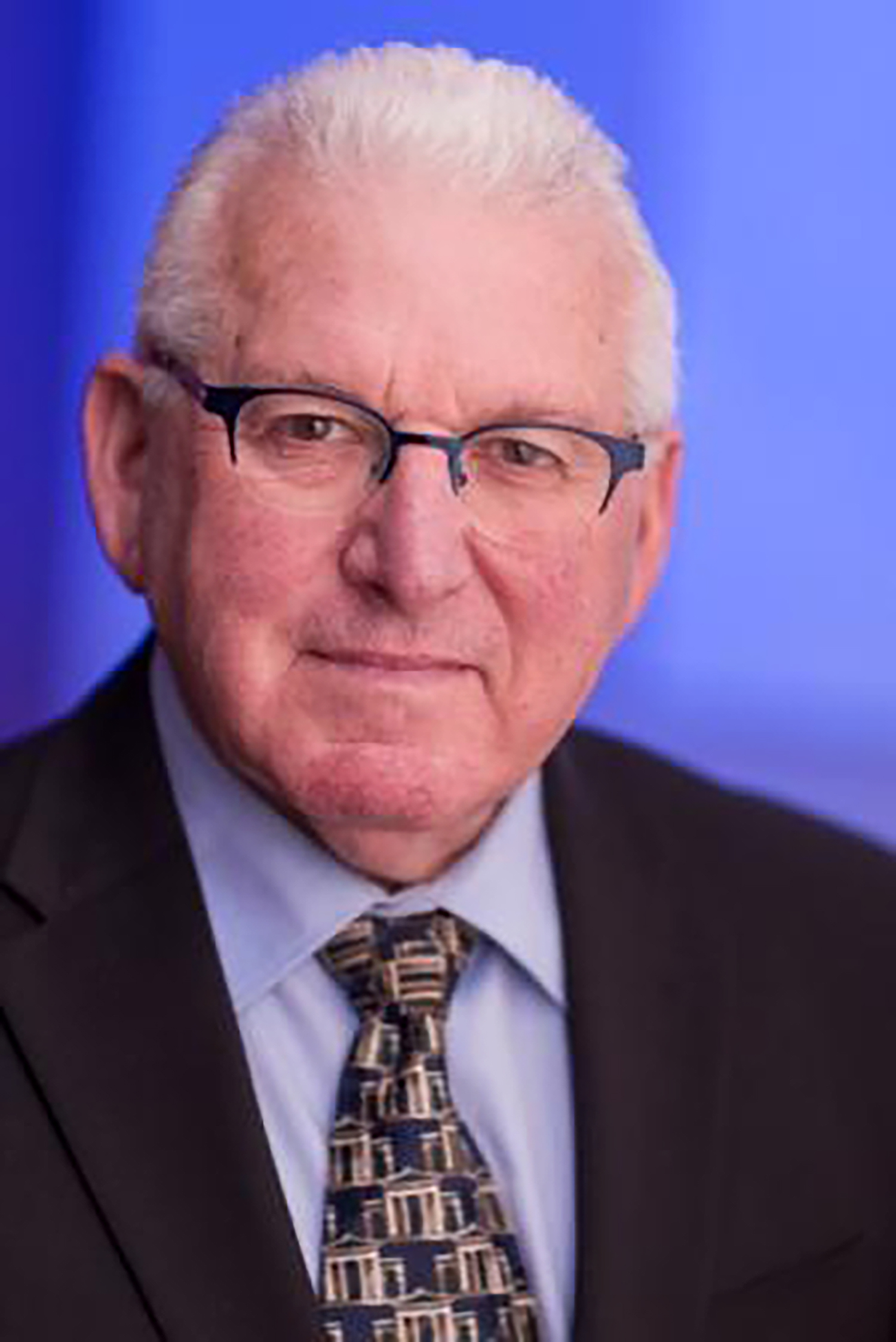 Howard Nemtin has been the President of Nemtin Consultants Limited in Vancouver for more than four decades. The firm has provided project management, consulting and real estate development expertise to institutional, government and large private clients throughout British Columbia.

Mr. Nemtin served on the TransLink board as a director and Vice-Chairman. He also served a Chairman of Coast Mountain Bus Company. In addition to his corporate activities he is a commercial mediator with over 2,000 successful mediations.  He has been on the BC Mediator Roster since 2003 and is the author of “Communities in Cooperation – A Guide to Alternate Dispute Resolution for First Nations and Local Governments in British Columbia”. Howard Nemtin holds a Bachelor of Science degree from York University and a Master of Business Administration from Western University. He is a member of the Commercial Mediator’s Association and the Institute of Corporate Directors. 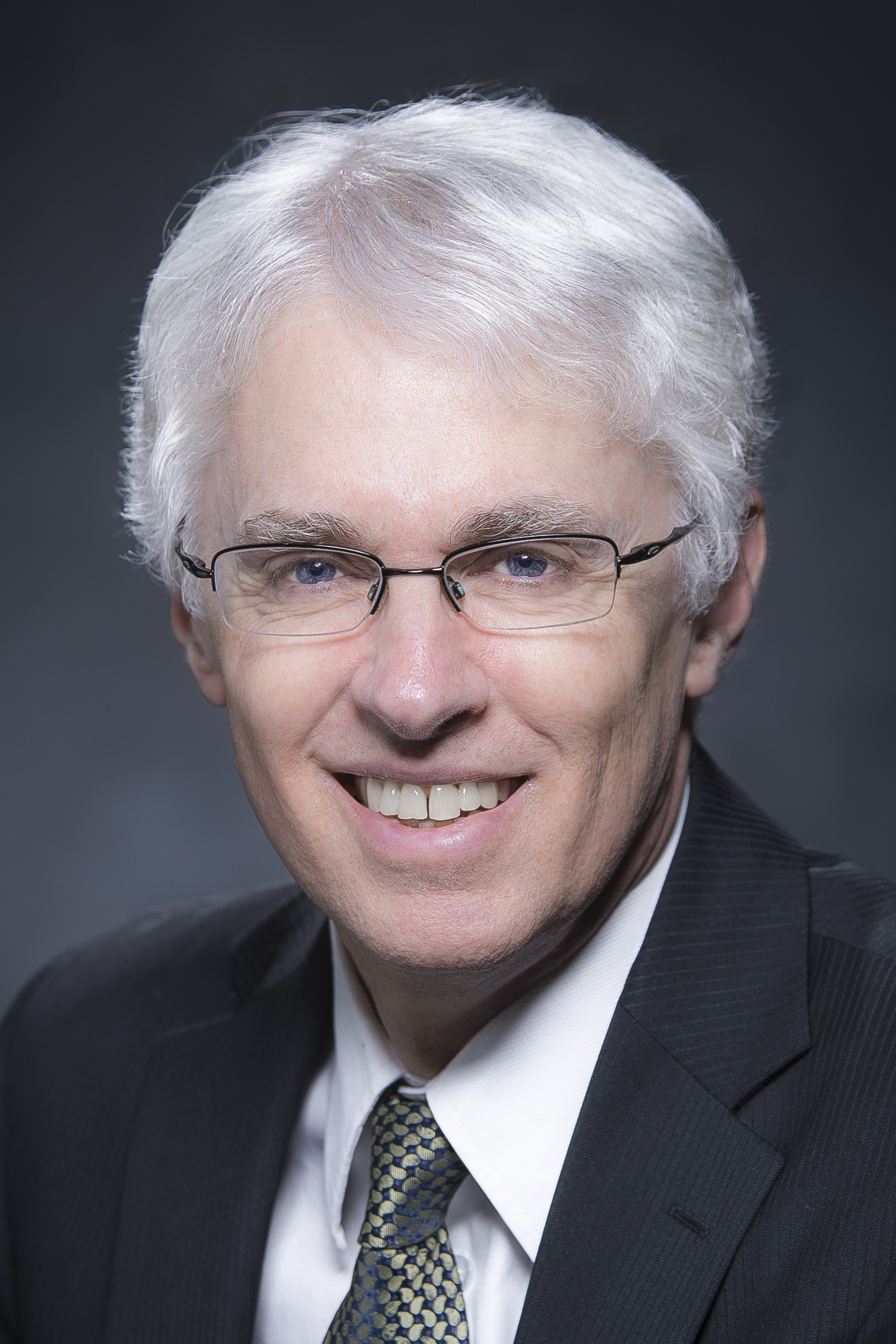 Andrew Petter QC is President and Vice Chancellor of Simon Fraser University and Professor in the School of Public Policy. Prior to joining SFU in 2010, he was Professor in the Faculty of Law of the University of Victoria where he served as Dean from 2001 to 2008. Petter previously taught at Osgoode Hall Law School and practiced law with the Saskatchewan Ministry of Justice.

From 1991 to 2001, Professor Petter served as a Member of the Legislative Assembly of the Province of British Columbia and held numerous cabinet portfolios, including Advanced Education and Attorney General.

Since becoming SFU’s President in 2010, Professor Petter has overseen the development and implementation of a Strategic Vision that seeks to distinguish SFU as Canada’s Engaged University “defined by its dynamic integration of innovative education, cutting edge research, and far-reaching community engagement.” 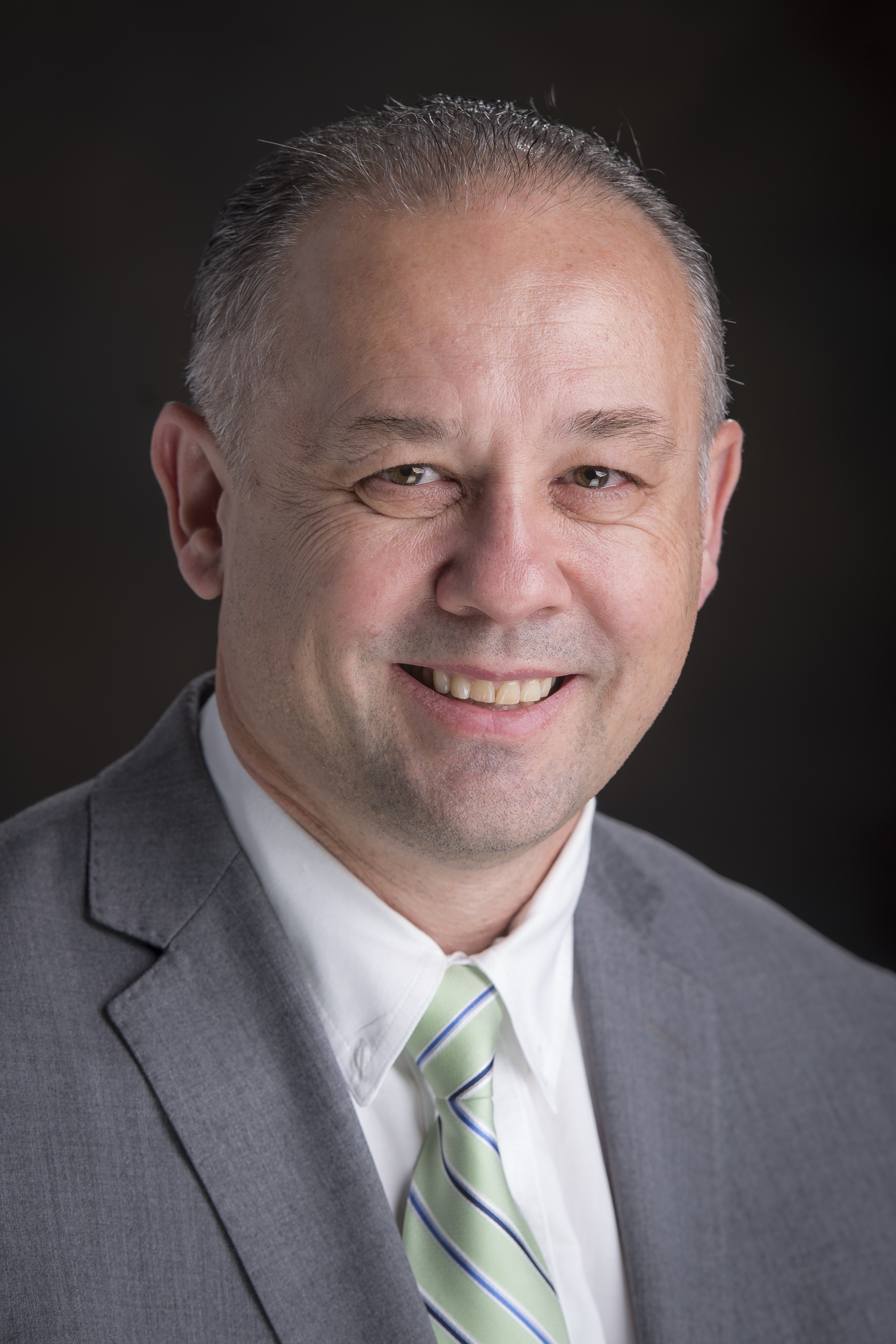 Martin Pochurko joined Simon Fraser University as Vice-President, Finance and Administration in October 2015. Prior to his appointment, he was the Chief Financial Officer for the Fraser Health Authority from 2012 – 2015.

Mr. Pochurko’s career also includes a previous role at SFU where he served as Associate Vice-President, Finance from 2007 – 2012. Mr. Pochurko held several senior management roles during his 15 years at the Insurance Corporation of British Columbia— the most recent being the Associate Vice-President, Financial Services. Mr. Pochurko is designated as both a CPA and CGA, and holds a Bachelor of Business Administration and a Master of Education from Simon Fraser University. 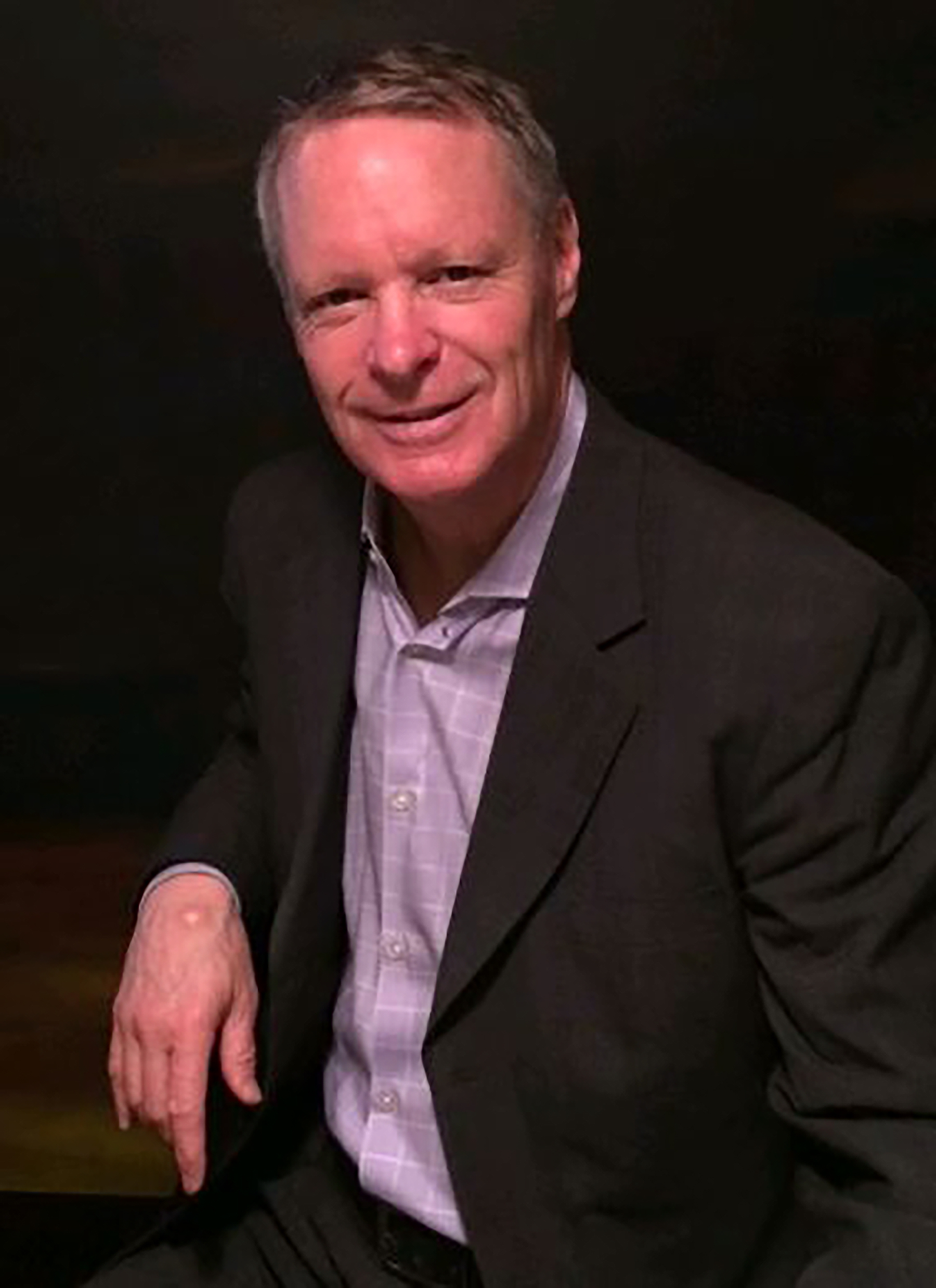 Norm Shearing has been involved in some of Vancouver’s largest real estate developments – most notable, the planning and redevelopment of the Expo Lands, the Coal Harbour Bayshore property and the River District. An Architect, and LEED Acredditted Professional, Norm is a former Chair of the Vancouver Urban Design Panel and a recognized champion of sustainable developments that reflect values of community well-being through the design and placement of structures in relation to the natural environment. Norm’s leadership expertise has helped transform brownsfield sites into thriving, well-loved residential communities. An experienced concencus-builder, Norm believes strongly in engaging with stakeholders and consultation as a means of addressing complex urban issues. His collaborative leadership style and his ability to move organizations forward transition well into board rooms and community centres where he reinvests his time and care in community building – a commitment he has made consistently for more than twenty years. A former Director of Canadian Green Building Council and Smart Growth BC, Norm continues as a sustainabiliy champion as President, Dockside Green Limited where he is responsible for the ongoing development of the award winning Dockside Green neighbourhood located in Victoria’s inner harbour.

Norm received his undergraduate degree from SFU and continued his education completing a degree from UBC’s school of architecture. 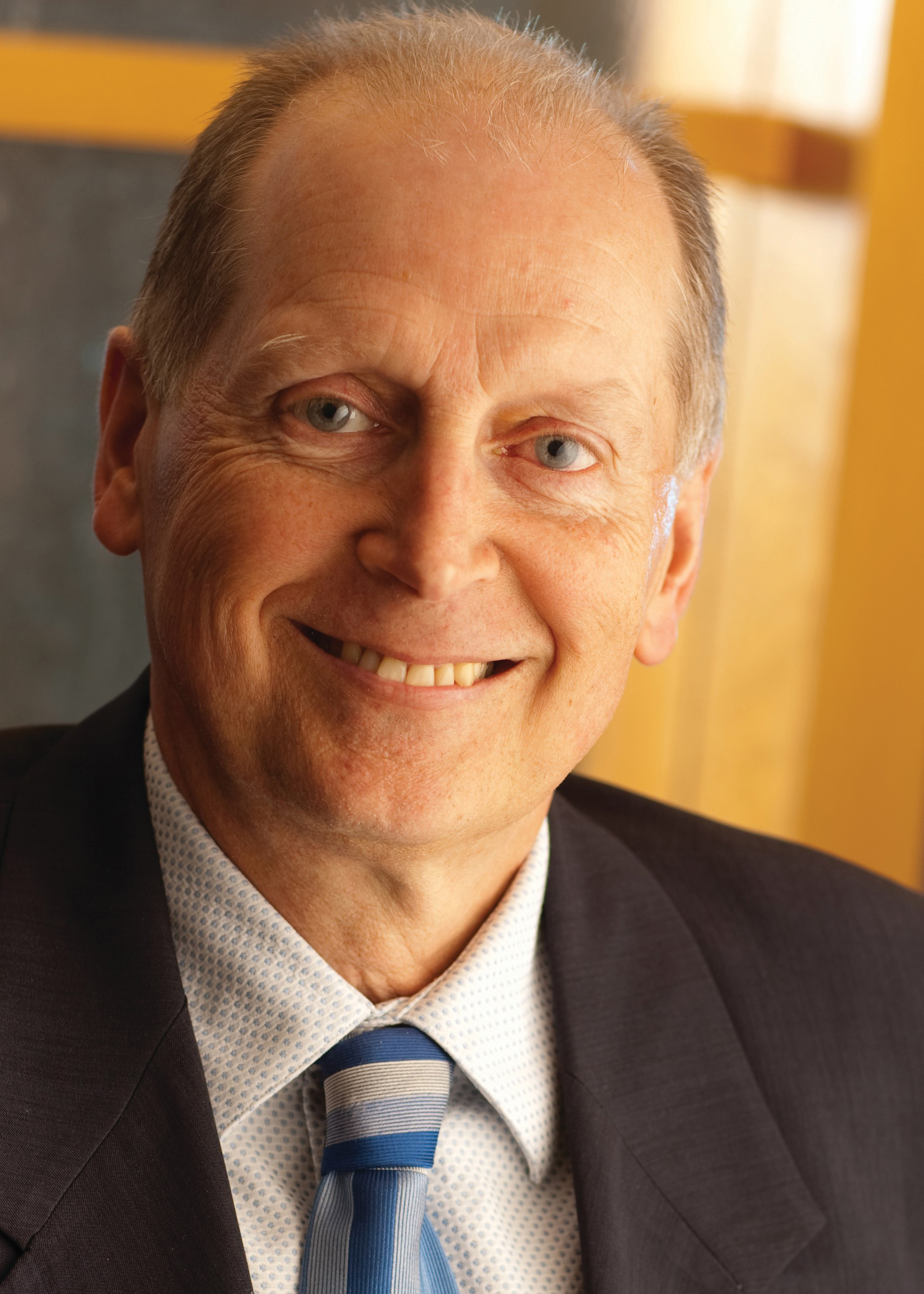 Brian Taylor is a lawyer and past Partner specializing in real estate and public and administrative law at Bull, Housser & Tupper (now Norton Rose Fulbright).  Mr. Taylor’s practice focused on providing counsel and solicitor’s services to local governments and regulatory bodies, the real estate profession and other self-regulating organizations.

Mr. Taylor’s work has included advising local government and the development industry on a wide variety of matters including subdivision and development issues, public/private partnerships and amenity zoning . In addition to Mr. Taylor’s practice in the area of local government law, he for many years provided advice to local and provincial real estate boards and associations in British Columbia. He continues to lecture extensively to the real estate profession on the issue of agency responsibilities and fiduciary obligations.

Mr. Taylor is Chair Emeritus of Simon Fraser University and an honorary governor and past chair of the Leon and Thea Koerner Foundation. 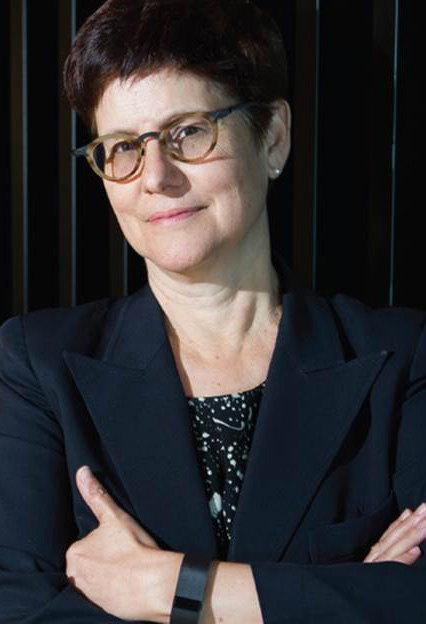 Lisa is a lawyer and a past partner in the national law firm of McCarthy Tétrault LLP.  She held a series of leadership roles at the firm including the Regional Managing Partner of its Vancouver Officer, National Practice Group Leader of its Real Property and Planning Group, and Chief Diversity Officer.

Lisa’s work has involved advising higher education institutions and members of the development industry on a wide range of real estate matters.  She is a recognized industry specialist in the area of strata development.  She appears in the 2017 edition of The Best Lawyers in Canada in the area of real estate law, and in the 2016 edition of the Canadian Legal Lexpert Directory, a guide to the leading law firms and practitioners in Canada, as a leading lawyer.

She has served on numerous community boards including the boards of the Vancouver Children’s Festival, the YWCA (Vancouver) and the Minerva Foundation for BC Women.  She is a strong advocate for professional women and has received the YWCA Women of Distinction award, the UBC Law Alumni Association’s Award of Distinction, and been named one of Canada’s Top 100 Most Powerful Women by WXN.

Lisa received her BA in 1977, her MA in English in 1979 and her LLB in 1982 from UBC.  After completing her LLB, she clerked for the British Columbia Court of Appeal. 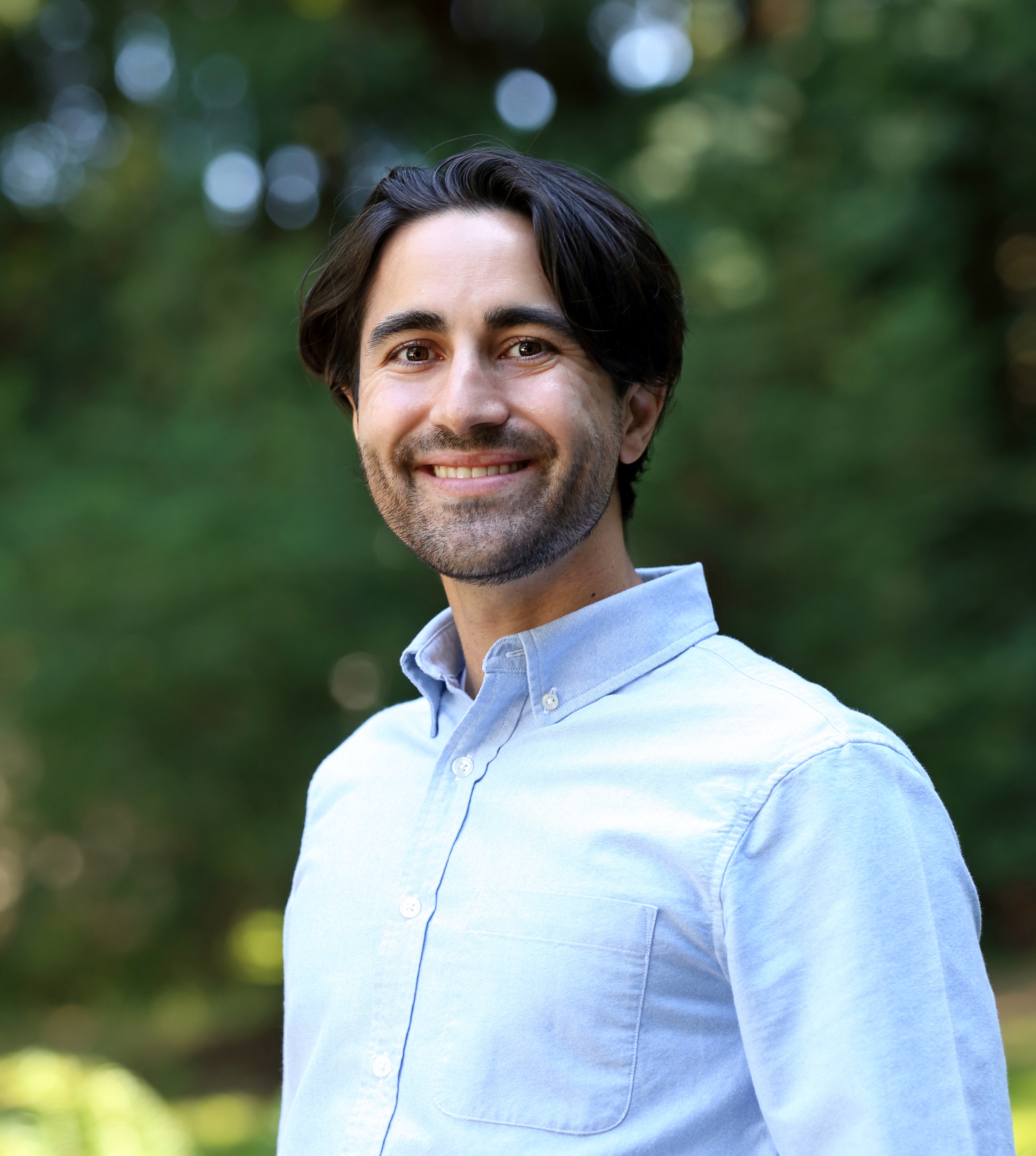 Christopher Correia is a Ph.D. candidate at Simon Fraser University’s School of Resource and Environmental Management.  His research focuses on determining the externalities of urban development and developing solutions for mitigating these externalities.  His professional experience includes working as a Planner for a consulting firm and with a municipal planning department.  He is a Certified Member (in On-Leave status) of the Planning Institute of British Columbia.

Christopher holds a Master of Planning in Urban Development from Ryerson University, a Bachelor of Arts in Geography from Simon Fraser University, and a Diploma in Urban Land Economics from The University of British Columbia.

Students with feedback regarding the governance of SFU Community Trust can contact Christopher by email: crc3@sfu.ca