Home » Hank Dittmar: His work influenced the lives of many and will continue do so for decades to come

Hank Dittmar: His work influenced the lives of many and will continue do so for decades to come 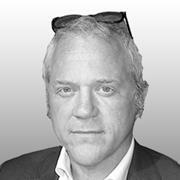 I first met Hank at Paddington Station on his way to Heathrow in 2005. He had been headhunted to lead the Prince’s Foundation and had come over on a flying visit for his final interview.

I thought it strange at the time that an American had been chosen, when our planning and built environment culture is so specific and quirky. However, looking at his previous experience, it was clear why he had been offered the post. He had run an airport in California and then worked for the Metropolitan Planning Commission in San Francisco, where he was instrumental in a having a major freeway torn down to reunite the city with its waterfront. He advised the Clinton administration on transportation and cleverly turned the whole notion of ecological footprinting on its head.

Until that time carbon emissions and consumption was calculated by area. That meant that the centre of cities was where the emissions and consumption levels showed up as being the highest. Looking at the ecological footprint maps at the time, cities were red (high) and suburbs were green (low). Through collecting huge data sets across US cities, Hank showed that the more accurate way of representing emissions was per capita and not by area.

Redrawing the maps, he showed that in the centre of cities, like Manhattan, there were lower levels of emissions, and lower car travel, per capita due to location efficiencies, and it was in fact the suburbs that were the villains of the piece. Hank’s revised maps had city centres green (low) and the suburbs (high). This profound and important work put Hank at the forefront of the Transit Oriented Development (TOD) movement in the US well over a decade ago and when one considers how in the UK we are only now looking at planning new settlements on varsity corridors and redeveloping our major stations for mixed use, it shows how pioneering his work actually was.

At the Prince’s Foundation, Hank was the longest serving chief executive and had a profound impact on the thinking and direction of the organisation. In the early days, under David Lunts the Foundation had made the case for thinking about public space and urbanism as more important than the individual building itself. That idea seems common place today but twenty years ago was fairly radical. Hank moved the debate further and, driven by the Prince’s desire to put the community at the heart of the design process, embarked on developing a Community Capital framework to overhaul the way we thought about human settlements.

At its heart was the definition of sustainability, but the framework blended quantities with qualities in order to weave the less tangible aspects of people’s lives into their love for a place. Hank’s description of the work was simple. He argued that built capital is the physical stage upon which humans live out their lives. But how that physical fabric is designed can either unlock natural, financial and social capital or hinder its development. I was lucky enough to be part of that work and as we started to apply the framework to various projects it was like observing ‘place’ through another filter – a filter that carefully considered the impacts that urban design has on nature, human interaction and longer term property values.

After leaving the Foundation, Hank took his passion of grass roots regeneration to another level, working with Andres Duany on ‘Lean Urbanism’, a concept of targeting overbearing legislation that was prohibiting communities reviving places from the bottom up. This is I think where Hank’s heart lay. Whilst he was perfectly comfortable donning a suit to attend dinners at St. James Palace, or chairing board meetings at the Congress for the New Urbanism, he was never happier than mixing it up in the heart of communities like Rose Town in Jamaica or the lower 9th ward in New Orleans.

His work has influenced the lives of many and will continue to do so for decades to come as we move into the age of rapid urbanisation. Hank, we thank you from the bottom of our hearts for what you have taught us and, wherever you are now, please know that you will never be forgotten.